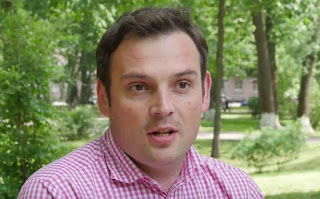 The procedure of temporary change of the place of voting without the change of registration has been introduced in Ukraine.
It means that voters, not only IDPs may vote temporarily at a different polling station in presidential election and in parliamentary election in multi-mandate national constituencies. That means that IDPs are able to vote if they apply to the presidential or proportional parliamentary election voter registry authority. However, according to the legislation in force, they cannot vote in single-mandate constituencies in parliamentary and local elections. This is just what is stressed by international standards – the principle opportunity for IDPs to vote in local elections as the key problems of this group of citizens are solved at local levels. Unfortunately, IDPs are not considered as electors by local leaders elected in local councils, and that is a huge problem for representing their interests, solving their particular socio-economic, infrastructural, and other problems.

When speaking about IDPs’ political moods in other countries, researchers put forward a hypothesis that IDPs try to adjust to the moods of the communities they are living in. There is a specific public reflection of this discussion in Ukraine. It is affirmed that IDPs will definitely vote against the moods dominating in the communities they have been living in from the very beginning of the conflict. That is why politicians have driven themselves into a deadlock. On the one hand, politicians are afraid that granting IDPs the right to vote, especially in local elections, will influence their rating negatively; on the other hand, these political forces do not make any steps to cooperate with that group of people which is quite numerous in a considerable number of communities. That is why politicians should understand that only quality work with electors, not limitation of their rights may be beneficial at the election.

IDPs have their specific needs which are connected with the necessity to preserve formal ties with the temporarily occupied territory. A considerable part of IDPs cannot refuse from the place of their registration there as they are afraid to lose their property on the temporarily occupied territory. They are politically motivated to preserve formal ties with that territory in the form of registration, and they have this right in accordance with international standards. The key problem is the fact that even those IDPs who are motivated to be integrated in new communities cannot use the present procedures as they do not own the place where they live and cannot get a formal document confirming that they have rented place of their accommodation. It is this problem of changing the place of residence registration that is of vital importance for IDPs. That is why it is necessary to understand the term indirect discrimination when the same formal principles and requirements are applied to particular groups of citizens with problems connected with their life activity and to all other citizens who are in better conditions. Such a situation leads to indirect discrimination: it seems that the law is the same for everyone, but in practice it makes the conditions worse for some groups of people.

At present, citizens’ voting address is the registered place of their residence excluding some particular groups of citizens, prisoners, for example, or homeless people. However, that fact does not stop unscrupulous politicians who have access to power or to resources that allow them to change the registration of the citizens who they take to communities where they want to win the election.

That is why it is necessary to give up the soviet tradition – if we cannot solve the problem efficiently, we try to tighten the nuts or to limit the rights of citizens.